Chesil Beach is seventeen miles long and is known by its access points: starting from the Portland end, there is the cove at Chiswell, followed by the Masonic Hall, then Ferry Bridge, Bridging Camp. East Fleet, Moonfleet, Langton Herring, Abbotsbury, West Bexington, Cogden, Hive Beach and finally West Bay.

East Fleet, Moonfleet and Langton Herring require the use of a boat to cross the Fleet Lagoon, although land owners are making it increasingly difficult to cross their land. A boat would also be useful for the Bridging Camp so as to save that romp along the beach. 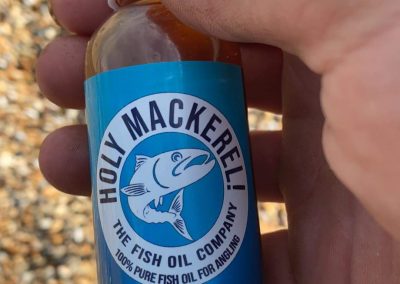 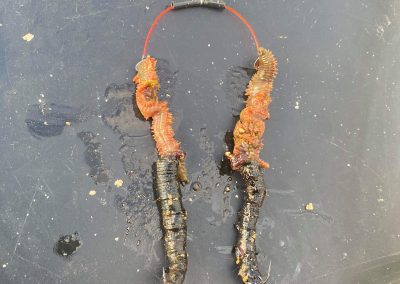 our fresh rag and blacks 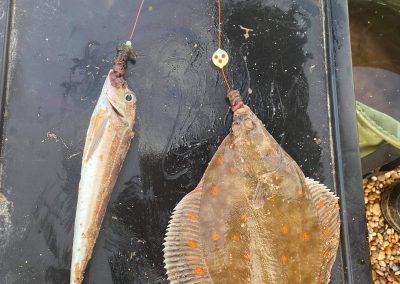 Plaice and gurnard by Brad Price 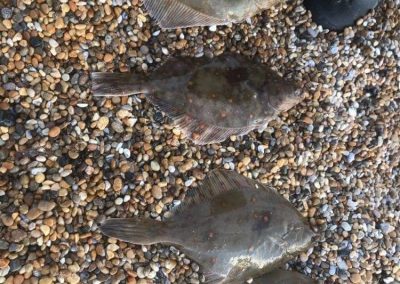 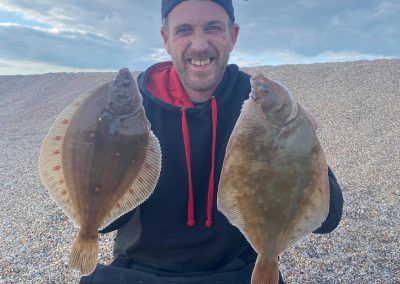 Hey, it’s been awhile and this report is long overdue, I’ll keep it short though.

Plaice and Sol have been starting to show off West Bexington and Cogden generally quite far out and a long walk.

Black Bream are starting to show off the Ferry Bridge area of Chesil Beach, there’s a lot of old shipwrecks down there roughly around 100 yards out and you’ll find the bream around those and along that stretch.

Still no mackeral! Or rather, very few still. We’re hearing of the odd occasion where a larger shoal passes through and some are caught but the overall census for them seems to be the further the cast the better.

Codling were caught during and just after a storm we had in the late part of July, nothing massive but fish around the 2-3lb mark which is still a decent codling. Dare I say, from now onwards if we get any strong Westerly storm you can certain expect to see codling during and in a few days after, as long as that water is dirty.

Thanks for reading and stay safe!